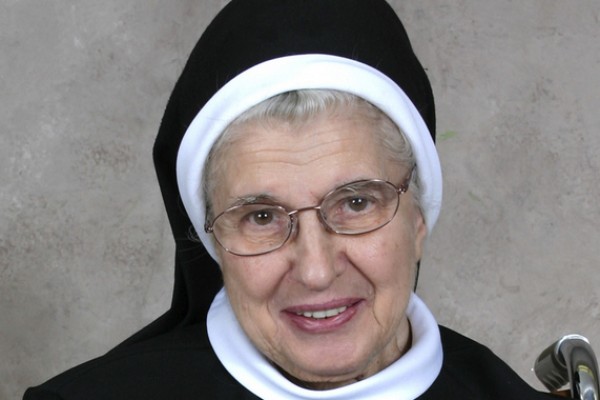 A native of the Bronx, New York, Anna Palczynska attended school with her brothers and sister at St. Mary's Villa in Ambler, PA. From Ambler, Anna moved to Philadelphia to attend Nazareth Academy, where she graduated from high school. In 1943, she joined the CSFNs in Torresdale, PA, and professed final vows in 1946.

Now Sr. Constance, she served as a housemother for about 10 years at three children's homes: St. Mary's in Ambler; St. Christopher's Home, Sea Cliff, NY, and Little Flower Institute, Wading River, NY. Her ministerial life then shifted to the classroom; Sr. Constance taught at schools from Philadelphia to Utica, NY; in Connecticut, Massachusetts and in Southampton, on the eastern edge of Long Island.  She held a bachelor's degree from Holy Family College in Philadelphia and earned several certificates that met requirements for teaching religious education in the various dioceses where she served.

A health crisis took Sr. Constance out of the classroom, but she was able to return to teaching until finally retiring due to health issues.  Even then, she was able to serve as a teacher's aide and a school librarian, keeping her near the schoolchildren whom she loved.  In 2000, she retired to Immaculate Heart of Mary Convent in Monroe, CT.

Though she loved children and the classroom, Sr. Constance centered her life on prayer. If anyone asked her to pray for them or a special intention, that prayer was guaranteed. Sr. Constance was known for her small, dog-eared notebook in which she tracked legions of prayer requests. She never forgot anyone who asked her for prayer. Her niece remarked that the family felt it was under an umbrella of protection because of Sr. Constance's prayer for them. Staff members who cared for her in the infirmary often asked her for prayers. In her honor, they talked of wearing blue (Sr. Constance's favorite color) on the day of her funeral. Those who spoke at her funeral - family, friends and sisters - mentioned that she enjoyed teasing, especially being teased. She always responded with an infectious giggle, delighted to be part of the fun. Throughout her life, Sr. Constance was a source of life-giving joy who was "a powerful public witness to her faith."