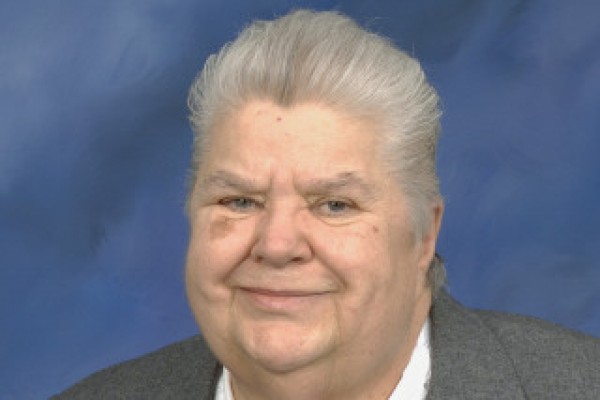 Pauline Theresa Sosnowski was the ninth child of Adolph and Vincenta Sosnowski, and her twin brother Paul was No. 10. The twins were baptized at Assumption BVM Parish in Chicago, where they attended elementary school and first encountered the Sisters of the Holy Family of Nazareth (CSFN).  Young Pauline attended St. Louis Academy, run by the Sisters of Notre Dame.

Their mother died when the twins were 16 months old. Their sister Jennie, then 19, took over childcare duties. Over the years, young Pauline was placed with different family members, making for a difficult childhood. From her father, a well-known Chicago contractor, Pauline learned to read blueprints well and was able to provide direction to some of her father’s workers when they had trouble with a blueprint.

During a high school retreat, Pauline heard a call to religious life and entered the CSFNs in 1953. As a novice, in 1954, she received the name Sr. Mary Laurence, which she shortened to ‘Lauren’ in the 1980s.

A 1969 graduate of DeLourdes College, Des Plaines, IL, Sr. Lauren taught at various schools in the Chicago area; in Fort Worth, TX, and in Gary and Whiting, IN.   She taught grades 1-3 for 12 years and grades 6-8 for another 11 years.  She then studied Applied Science in Food Service Administration at Chicago City-wide College, giving her the foundation for culinary services at the Des Plaines Provincialate; at Holy Family Academy, Chicago, and in her favorite place of ministry, St. Joseph Retreat Center in Des Plaines.

She worked closely with Sr. Dolores Kazmierczak, who was her friend to the end.  Srs. Lauren and Dolores were mainstays in the craft booth of the CSFN SummerFest in Des Plaines, an annual fundraiser that ran through 2008.  Both sisters were active in the Midwest chapter of the Association of the Holy Family.

At one time, Sr. Lauren also served as buyer for the Provincialate and she worked closely with the maintenance staff.  Holy Family Health Center, Des Plaines, also benefited from her services for six years before she worked in purchasing at Nazarethville, the CSFN nursing home that is now part of Presence Health. As she moved toward full retirement, Sr. Lauren worked as a part-time receptionist at the Provincialate before retiring to Nazarethville in 2011.  Surprising no one, she remained busy – working on the genealogy of her family and that of Sr. Dolores, and serving as the secretary of the Resident Council at Nazarethville.

Sr. Lauren remained close to family and friends.  She took great joy in a pilgrimage to Lourdes, France, and a trip to Bialystock, Poland, where she became acquainted with members of her extended family.  On learning of Sr. Lauren’s death, a friend and Sister of Notre Dame wrote: “I am sorry for the loss of her presence among you.  I feel blest to have known her.  She was kind, helpful, full of fun and always willing to help.  She will watch over you and as the ever-loving and faithful woman, your Sister will bring you many blessings.

In her later years, Sr. Lauren dealt with some serious medical issues. In March, she was taken to Lutheran General Hospital where she remained in the intensive care unit for three days before her peaceful death with three sisters at her side.

Fr. Marcello de Jesumaria, CR, who had been in Sr. Lauren’s 8th-grade class at St. Hyacinth, presided at her funeral. She was interred at All Saints Cemetery in the plot reserved for her next to an early friend, Sr. Fulgence.