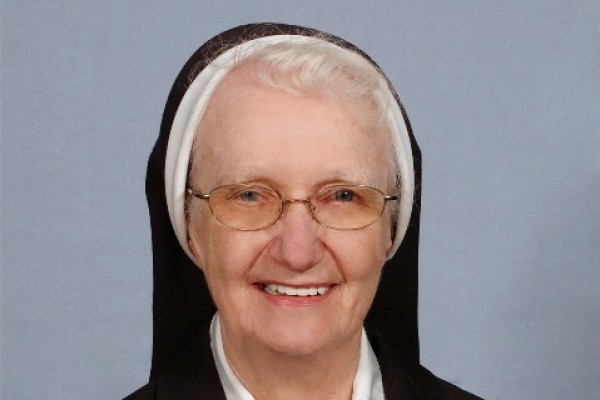 For 47 years, Sr. Patrice Feher served the students of Holy Family University (HFU) in Philadelphia, first as a history professor and later as the Dean of Students and Vice President of Student Services. Yet, her ministry extended far beyond teaching and administration at the university. Sr. Patrice was a mentor and adviser to countless students through the years. Beloved by alumni, faculty, staff and students, Sr. Patrice was known for cheering on the university’s athletes, organizing dinners for senior citizens and playing Scrabble in the residence halls. Those who attended the university through the years fondly recall her “Breakfast of Champions” before finals. Sr. Maureen McGarrity, CSFN, President of HFU, described her as “a cornerstone of the Holy Family University community for decades.”

In 2009, a wing of the newly constructed Stevenson Lane Residence Hall at HFU was dedicated as the “Sister Patrice Feher, CSFN Wing.” In 2010, the Association for Student Affairs at Catholic Colleges (ASACCU) honored Sr. Patrice with the Founders’ Award for her exceptional contributions to ASACCU and Catholic higher education.

Despite her enduring fondness for the small town in which she spent her early formative years, career opportunities attracted her to Bristol, PA, a borough about 20 miles northeast of Philadelphia. While residing there with her immediate family, she began discernment of a vocation to religious life.  After she explored several options, her prayer and reflection solidified her decision that serving families as a member of the congregation of the Sisters of the Holy Family of Nazareth (CSFN) was the way in which she could best answer the call of God to her heart.

Before becoming HFU’s cornerstone, Sr. Patrice taught social studies in Pennsylvania and was a submistress of novices during their initial CSFN formation.

“I know that this loss will be felt deeply by all of us,” Sr. Maureen said in her announcement of Sr. Patrice’s death to the HFU community. “Let’s keep her and our community close to our hearts and in our prayers.”

Sr. Patrice passed away at St. John Neumann Nursing Home, Philadelphia, on November 30, 2016 in the 61st year of her religious life The Mass of Resurrection was held at Nazareth Academy High School chapel, Philadelphia on December 3.