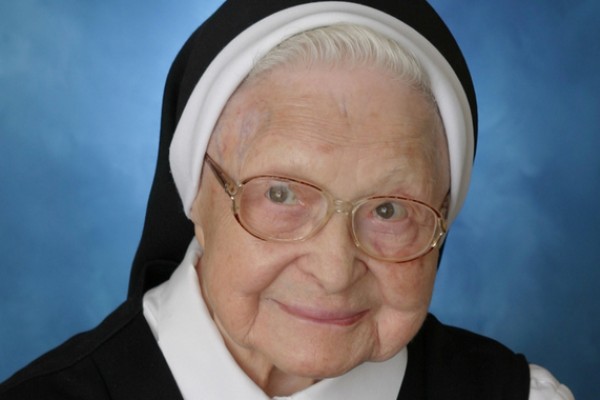 Despite some low-key match-making by the parish priest (“He wanted me to marry the organist who was related to him!"), the former Anna Vargo followed her 8th-grade dream and entered the Nazareth community just before turning 18.
A native of Gallitzin, PA, she spent summers picking berries with her family, traveling by train with her mother and sister to Altoona to sell them. As a postulant in Pittsburgh, she taught at Immaculate Heart of Mary, then moved to St. Stanislaus, Cleveland, teaching 90 third-graders.

In her senior year at nursing school, she was supervisor of the operating room. At various times, she was a nursing supervisor and director of nursing. Acknowledging her skills as well as her kindness, many of her fellow sisters called her “Dr. Vargo.”