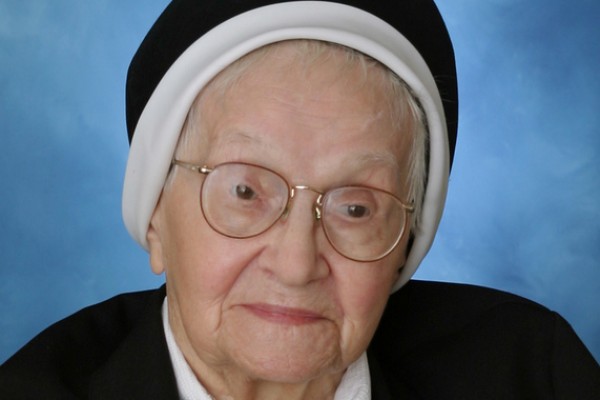 Although she lost a twin sister at birth, Sr. M. Adrianne Pelkowski grew up with no shortage of siblings, four brothers and seven sisters. In her early years, the family lived in the country and she attended public school. When she was 13, the Pelkowskis moved to town, and Mary attended St. Stanislaus School in Erie, PA. There, she noted, her “religious vocation was ignited by a visiting missionary priest who spoke to us about religious vocations.” After her mother’s death, Mary entered the Sisters of the Holy Family of Nazareth in 1924 in Avalon, PA. Initially, her father objected, but “later relented, telling me that my mother came to him in a dream and told him to permit any of their girls who wanted to be nuns to do so.” Later, Mary’s younger sister, Victoria, “had no trouble securing his permission to enter.”

Sr. Adrianne was the first superior and administrator of Holy Family Manor, Pittsburgh, PA, serving for five years. Later, she would spend 20 years in retirement at the Manor. Several generations of the Pelkowski family joined many sisters and friends on July 5 for Sr. Adrianne’s funeral liturgy at the Manor Chapel.