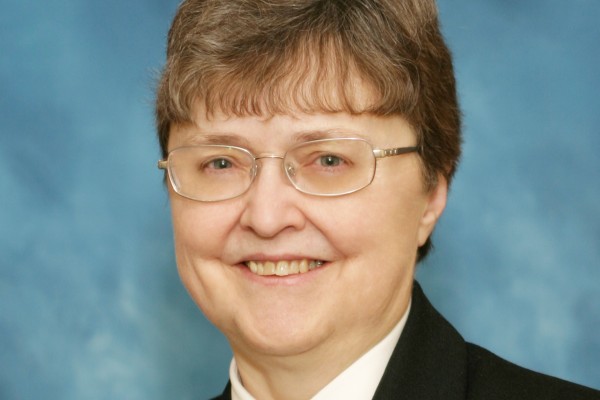 Sister Geraldine Marie was born in Erie, Pennsylvania to Lillian and Joseph, and was baptized Gerardine on November 3, 1946 in the family parish, Saint Stanislaus, in a show of gratitude to Saint Gerard for the healthy birth. Sister attended the parish school, and later attended Mount Nazareth Academy in Pittsburgh as an aspirant. She became a postulant in September 1963 and entered the novitiate in Albano, Italy, receiving the name Lillian in honor of her mother.

Upon returning to the US, Sister lived in the provincial house as a student at Mount Mercy, studying psychology and serving as a case worker with the children of Holy Family Institute, as well as taking the role of housemother to eleven preteens. The love she felt from Jesus, she shared with these children.

In 1973, she was called to serve as the Province Vocation and Postulant Director and began work towards her Masters in Fundamental Catholic Spirituality at Duquesne University, graduating in 1978 and returning to her vocation ministry. In 1983, she took on the role of campus ministry in at Point Park College, later moving on to Jesus Redeemer Convent on the Provincialate grounds to serve as the local superior while assuming the role of facilitator for the pastoral plan of Saint Joseph Province. She later served as the Provincial Councilor for ongoing formation.

Sister Geraldine then returned to Holy Family Institute and serve in the role of administrative assistant until 1995, when she began serving as Superior of Holy Family Manor. She worked to create a healthy community life where each sister would be respected and treated with dignity.

Sister Geraldine was the last Provincial Secretary for Saint Joseph province, and the first Assistant Provincial in Holy Family Province. In both of these leadership roles, Sister Geraldine diligently listened to God’s call within each sister and within the leadership team’s call to serve the whole. She then accepted the position of Delegate for Religious in the Pittsburgh Diocese in 2010, faithfully serving for nearly ten years.

Sister Geraldine was called home to the Lord on February 28, 2022. To share your messages of remembrance, please visit our Message of Remembrance page. May she rest in peace.