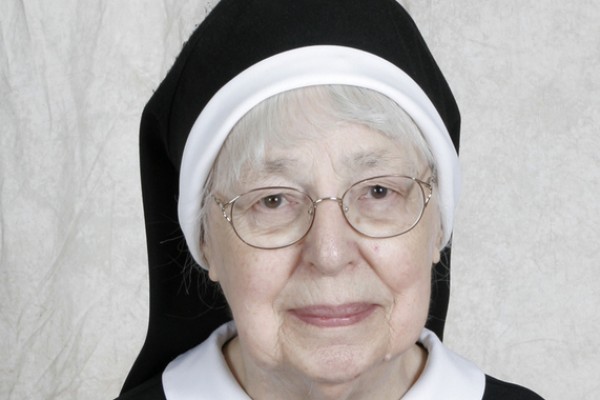 Born in Southampton, NY, Helen Lotko developed her love of family, the ocean and sports at an early age. Early in her childhood, her father Bruno was one of many Polish immigrants instrumental in building Our Lady of Poland Church in Southampton. Here Helen joined her mother Sophie for daily mass, as well as religious education and her First Communion and confirmation.

Helen, her three sisters and brother helped their parents who worked on estates in Southampton. Sophie and her daughters managed the housekeeping for a 35-room estate, while Bruno and his son managed a number of estates in the area.  Working alongside her parents and siblings, Helen learned there was a right way to do things -- her parents' way! In later years, those lessons were evident to her students and fellow sisters. Sr. Frances is remembered for being strict and for speaking her mind, as well as for being fair and loving in all her encounters.

Young Helen attended Southampton public schools before enrolling at Nazareth Academy High School in Philadelphia.  During the Depression, Helen, who joined the CSFNs in 1932, did the laundry for several families in the basement of her residence. She was noted as a great athlete who excelled in track, competed in basketball and softball and even played football with the neighborhood boys. Had there been gym teachers in the schools where she eventually taught, Sr. Frances surely would have requested such an assignment.  In her retirement years, she remained a devoted Boston Red Sox fan; she also enjoyed watching figure skating on television.

With the exception of six years when she served as a cottage parent at Little Flower Children's Services in Wading River, NY, Sr. Frances taught in elementary schools in Brooklyn and on Long Island, NY, as well as in Puerto Rico, Connecticut and Massachusetts. She was the first local superior when St. Isidore School opened in Riverhead, NY, close to her beloved Southampton.

At her memorial service, Sr. Frances' nephew, John Borucke, noted that Sr. Frances "lived such a beautiful and full life." Her life, he said, was like a baseball player hitting the ball, rounding the bases, touching every one and landing at home plate, fulfilled and rejoising.