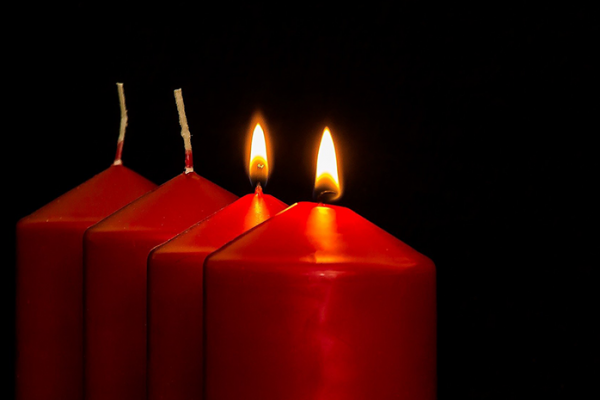 In today’s Gospel we are introduced to John the Baptist. Despite his austerity, people flocked (perhaps out of curiosity) to see him and listen his message. He was indifferent to the opinions of others, a man of modest needs who could not be bought and was strongly passionate about God. John told the truth and it was up to others to decide if they would/would not accept his message. We’ve all heard the slogan “it’s not about me.” That was the essence of John’s message. He preached about someone who would come after him whose sandal thongs John did not consider himself even worthy to untie. John wasn’t interested in the limelight nor praise nor admiration of others. John was interested in preparing the way for Jesus, and he didn’t let personal ambition or ego get in the way of accomplishing this. As a priest friend once said, John was the opening act and he knew that Jesus was the headliner.

In his ministry, John the Baptist preached forgiveness. Advent focuses on the reality that we are a forgiven people and that we do not have to carry forever the burden of our sin, faults and failings. Others may hold our sins, faults and failings against us but God covers these with His mercy. Advent is an invitation for us to move on from a life of sinfulness to a life of compassion, peace, love and joy, and to make steps (even small ones) to forgive others. It is a season of hope! In the words of the Christian apologist and writer, C.S. Lewis, “You can't go back and change the beginning, but you can start where you are and change the ending.”

Wishing you all a blessed Advent journey!